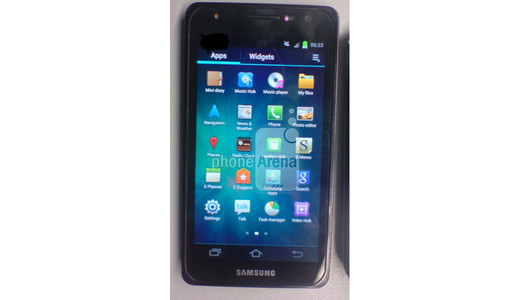 The Galaxy S2, Samsung?s leading Android smartphone of 2011, is about to take a back seat with the impending release of the sensational Samsung Galaxy S3!? An official statement regarding confirmed features and a precise launch date are yet to be issued by Samsung.? However if the anticipated features are anything to go by, this will be ?the? smartphone to be seen with during 2012!

Regarded by many, as one of the greatest smartphones in the world, one would ask ?just how? can the Samsung Galaxy S2 be improved upon.? With its incredibly commanding dual core processor, striking display, its superb slender design and the S2?s remarkable 8 megapixel camera, it?s true that these features are certainly hard to outdo!

First of the rumoured changes to the Galaxy S2 specification is an increase in its overall screen size.? With a 4.3 inch Super AMOLED Plus touchscreen and a 800 ? 480 screen resolution, the Samsung Galaxy S2 display certainly won over its critics.? It is anticipated however that the Samsung Galaxy S3 will boast up to an incredible 4.6 inch Super AMOLED Plus HD touchscreen?with a potential 720 ? 1280 screen resolution.? The S3 display will undoubtedly ensure rich, vibrant colours, smoother textures and a fantastic viewing experience.

With such a spectacular display, it would be rational to expect an equally exciting camera that will have the ability to produce exceptional high quality photos and video clips.? Well if reports are correct we will not be disappointed! Not satisfied with the original improvement, from the 5 megapixel camera on the Samsung Galaxy S model, to an impressive 8 megapixels with the Galaxy S2.? Rumour has it that the remarkable S3 version will feature up to a massive 16 megapixel camera;?with an upgraded image sensor; dual LED flash and 1080P video capture (60 frames per second). ?These types of features if correctly predicted, would allow the Samsung Galaxy S3 to shine, pardon the pun, in poorly lit, dull and indoor camera situations.

This state of the art device is projected to run on the Android Ice Cream Sandwich OS software.? To guarantee an unforgettable performance the new S3 will enjoy an?Exynos 1.5GHz or 1.8GHz quad-core processor and could boast up to 32GB internal storage with 2GB RAM.

There is increased speculation that the Samsung Galaxy S3 will feature an extraordinary waterproof coating with a ceramic back plate or casing to aid in its shock resistant qualities.??? This is also the ambitious rumour in circulation that the Galaxy S3 will introduce a new flexible display which will then render the device almost unbreakable.? ?This is probably the least conceivable feature on the S3 feature wish list but regardless, the Samsung Galaxy S3 is undeniably one of the most anticipated Android smartphones to be released on today?s market!