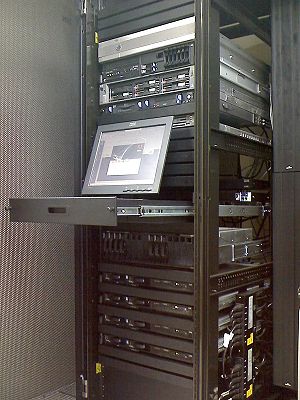 VPS and the Cloud ? Virtual Lightning in a Bottle

The notion of database systems and storage working off-site and in a fail proof ?container? was something considered impossible by many, despite the centralized server farms common in business even 20 years ago. Though the groundwork had been laid for virtualized and cloud options, many companies couldn?t visualize the practical benefit of an off-site solution or one that moved their data into the hands of a provider. Now, both virtual private server (VPS) and cloud hosting options are becoming commonplace, as the spectrum of virtual lightning in a bottle expands.

Both cloud hosting and virtual private server options begin in the same place ? outside a local data center. Instead of a company hosting its data on-site and pushing down its own patches, updates and server improvements, it can now have its content managed by a provider who will guarantee things like uptime, I/O resources and privacy from other users on a server. From this server, virtual and cloud hosting providers can disperse infrastructure, platforms and services, allowing any computer a company owns to perform the same functions and access the same information so long as it has an Internet connection and the correct permissions.

All cloud technology relies on the basic concept of virtualization ? that data can be centralized and more efficiently managed than when hosted at a local level. A common hosting choice for those companies just making the leap to virtualization will be a single, Hyper-V server that can host multiple virtual servers. In a Windows VPS hosting environment, these virtual servers are managed by the Hyper-V hypervisor, which controls both the partitioning of the server for a single or multiple customers and also how resources are distributed to each virtual server instance.

It is now possible for companies to access more ?cloudy? versions of this hosting technology ? the basic difference here being that cloud-based solutions include a high degree of redundancy and often multiple servers to prevent failure. What are known as High Availability (HA) Clustered Servers are now available and are powered by storage arrays that are ?failover ready?. Instead of causing a shutdown of the server if a problem occurs, failover ready clusters are able to shunt data to another physical machine within the clustered server infrastructure in order to maintain user access and limit data loss.

To the end user, virtualized and cloud technologies often appear the same ? they are built on the same basic principle of secure, always-on servers. But while a virtual private server can offer a significant increase over the management of data at the local level, basic cloud options can help ramp up not only stability but access for businesses. These hidden benefits may not be apparent on the surface, but adopting even small pieces of cloud technology now can help a business prepare for a full move as they find more functionality in virtualized services ? with the right framework in place, floating into the cloud becomes a much simpler prospect.

One thought on “VPS Hosting and the Cloud: Windows with a Chance of Hyper-V”