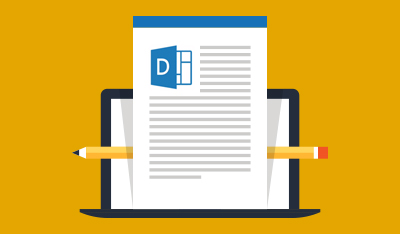 I started using sharepoint at work with the free version based off sharepoint 2007. Yes its still running one large wiki that didn’t get moved to our full 2010 install. I’ve now moved onto o365 and don’t deal with sharepoint admin, but I like to keep up on the new features. Personal blogs in sharepoint always had an old look and feel to them. Microsoft just release a Delve version of personal blogs for o365. Right now they are kind of hidden as a link in your o365 profile, if they get more visibility through delve that may make them more useful. We’ll see.

Below is a great post about the details behind the delve blogs. Does your company use internal blogs? How well are they maintained and received by the employees?

The Office 365 team had announced a new blogging feature for a while through Delve and it’s finally starting to arrive to us, customers. It’s important to understand how this new experience works, because it’ll be a very similar concept in team when Articles and Microsites start showing up as well.
…

The new Office 365 Delve Blog feature doesn’t replace the old SharePoint Blog, if for some unfortunate reason you’re using those. In fact, the SharePoint Blog is the perfect example of why we can’t wait for the three-year cycle anymore. Every time the SharePoint Blog would be released, it would already be 2 years behind.

Office 365 has re-introduced the blog in a completely new perspective and just like the rest of Delve, it’s responsive and easy to use.

You’ll find it in your “About Me” by clicking on your name or by navigating to Delve from the App Launcher, clicking on “Me” and then selecting your Profile.