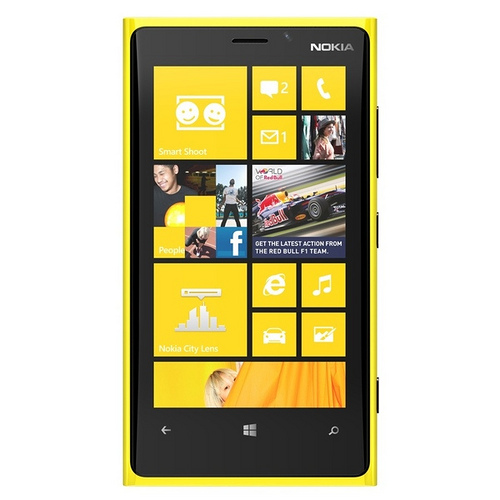 It?s that time again; consumers worldwide are going to have to make a concrete decision as to which of the new smartphone behemoths to buy. It is true to say that the world of smartphones is expanding; what once was a market ruled by Apple, in 2012 other companies have wedged their foot firmly in the door. The Android phones and Samsung Galaxy S III are all firm competitors that the common consumer may be well acquainted with?but what about the Nokia Lumia 920? This well-timed new release from Nokia could be the wild card of the deck; but will it trump the iPhone 5? Read on to find out.

Apple has always prided themselves in the visual aspect of their products; utilising ?less is more?, beauty in simplicity. The iPhone?s design exudes class and chic without being showy; and the iPhone 5 is the thinnest and lightest to date. iPhone coined (and invented according to their website) round rectangular edges and now has a 4? screen ? claiming if you expand the screen too much for the sake of it; the end product is oversized and makes it awkward and difficult to use.

The Nokia Lumia 920 is made out a mixture of glass & polycarbonate and visually looks like a serious contender when placed next to the iPhone. Compared to the iPhone 5?s black and white, the Nokia deals with quirky, vibrant colours ? possibly attracting a new range of consumers. However, the iPhone is actually smaller and lighter than the Nokia. Have a look at these stats:

The size of the Nokia Lumia screen is 4.5? compared with the iPhones 4?. This means that Nokia have managed to obtain a higher resolution, but not by much. What it really comes down to is which of the phones will sit more comfortably in your hand?

Camera-wise, the iPhone still uses an eight mega-pixel camera (which is to slight dismay of the general public). However, the camera is forty percent faster and performs far better in lower light than its predecessors. All the iPhone camera?s inner workings can also be used to create seamless panorama photos also.

The Lumia 920 has an 8.7 megapixel camera which features Nokia?s PureView technology. Nokia claim that the camera can capture up to ten times the amount of light surrounding the lens through ?floating lens technology?. Although Nokia ended up upsetting many people with a certain advert which was apparently showing the camera in all its glory?but got caught out faking the shot with a professional camera. Spot the cameraman/lights.

The overall spec of the phones are pretty similar, where iPhone has Siri, Nokia has TellMe; and both phones sport seemingly good battery life, 4G, Wi-Fi, Bluetooth & storage space. A big calamity the iPhone 5 may face though is through the controversy surrounding iOS 6, which was released on September 19. Many people have suffered problems with their iPhones running iOS 6; especially with the new iOS 6 Apple Maps (Apple’s attempt to replace Google Maps), which are already renowned for being absolutely terrible and problem-ridden. The Nokia Lumia will operate using Windows 8, which will be released on October 26th ? time will only tell how well it runs.

It basically boils down to if you can wait until the Nokia Lumia 920 comes out to make your decision. Yes, the iPhone 5 boasts a world of a billion apps and is an improvement on the phone we all have grown to love?.but do we yearn for more? Has the iPhone done enough to keep the public content? The Nokia be the next smartphone you didn?t actually know you were looking for; but it could easily find its way into your pocket.

Author: Alfie Davenport works in the technology department at Ladbrokes Roulette. He has owned Nokia, Apple, and Android smartphones over the past 6 years and is currently a huge fan of his HTC One X.

http://www.365admin.com.au/2017/05/how-to-configure-your-desktop-pc-for.html?m=1 Need to setup your PC to manage o365 via powershell? Finding, downloading, and installing all the needed powershell models...