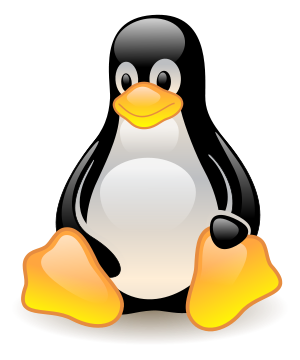 Linux and Ubuntu give users enough options that they could do anything with their desktop if they had the time and the coding background. For the users who want something to call home on their system, one of the various desktop environments will do the trick.

Choosing the right desktop environment and shell can change the user experience dramatically. Some are designed for smaller devices and touchscreens, while others are more at home piloting dedicated server and powerful machines. For new users, Linux can be a bit overwhelming, and the variety of choices only makes the task of choosing an environment more overwhelming. Luckily, we?ve assembled a list of the top four desktop environments below.

Gnome is widely regarded as one of the best choices for new users, despite Linus Torvald calling it a mess. It should be expected perhaps, that the choice for newbies might not appeal to the man who built the entire system, but regardless, it?s a solid choice for someone not used the Ubuntu system.

There is a bit of culture shock when you first turn on your device, since you can?t save anything to the desktop or launch programs from it. However, most of what you?ll need can be accessed through the Activities button. The completely minimalist screen changes to show you your apps laid out in neat little squares. Because it was optimized for touch screen, the squares are bigger than you?d typically see on a PC. That certainly doesn?t take away from the usefulness of the environment, though.

Unity was first created to run on netbooks, so it too features a clean working space. Unlike Gnome, though, the desktop functions as a more normal space that allows you to save items to it and run program shortcuts from it. Unity is all about a clean interface, and sometimes it sacrifices functionality for design.

Launching an app that isn?t on the desktop or a dedicated task bar requires opening a window that organizes them by category, but it only shows a few. If you want to see more, you have to click the dedicated ?more? button. Expanding the screen theoretically should allow you to see more apps at once, but in practice, it only expands everything around the apps.
Despite these few flaws, Unity is a great program that will appeal to former Mac users.

Xfce is one of the more customizable options for Linux-enabled computers. It?s regarded by most as being unfriendly toward new users, but like many difficult mountains to climb, it?s worth the journey. Master Xfce, and you?ll be able to work with any desktop environment.

There are also other benefits than simply saying you use it, of course. Xfce comes with the code for several programs that work well in the environment. The calendar application, Orage, works similarly to iCalendar from Apple, making it compatible with many of your devices. Parole is a music player that is mostly playlist-based, which you could easily set up to play your favorites.

I don't us Linux much at work I maybe touch it every few months, even on my own web sites...

I installed wubi a few months ago. so I could dual boot with ubuntu. Just to see how far linux...

Well I finally got ubuntu working with my wireless. After another reboot and not using my docking station, the ethernet...

I installed WUBI on my Dell Latitude D820. But I can't get the wireless card to work. It looks like...